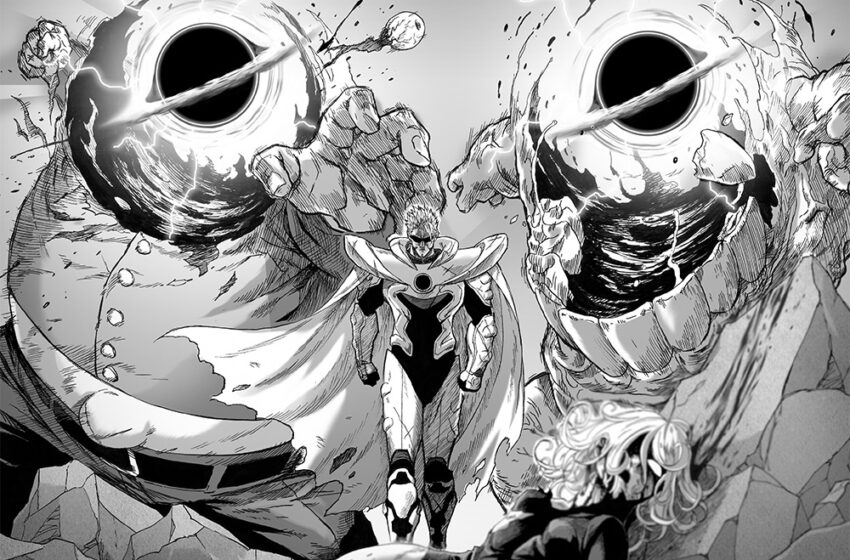 Wow, what a cool way to add more value to the current One Punch Man Manga than this piece of artwork by PedroZox!

In chapter 144 of the One Punch Man Manga, The S Class Heroes are going up against the Monster Association which includes Gums and Ugly Fuhrer. These 2 monsters alone are destroying our heroes.

Tastusmaki has finally reached her limit after a tough battle against Psykorochi which leads her wide open to an attack. Chapter 144 leaves Tatsumaki left unconscious while Ugly Fuhrer looks to “smash” her next.

In the above fan artwork, Blast comes to Tatsumaki’s rescue once again. The artwork looks very similar to Murata (One Punch Man Manga Artist) work, that is why this is getting a lot of praise.