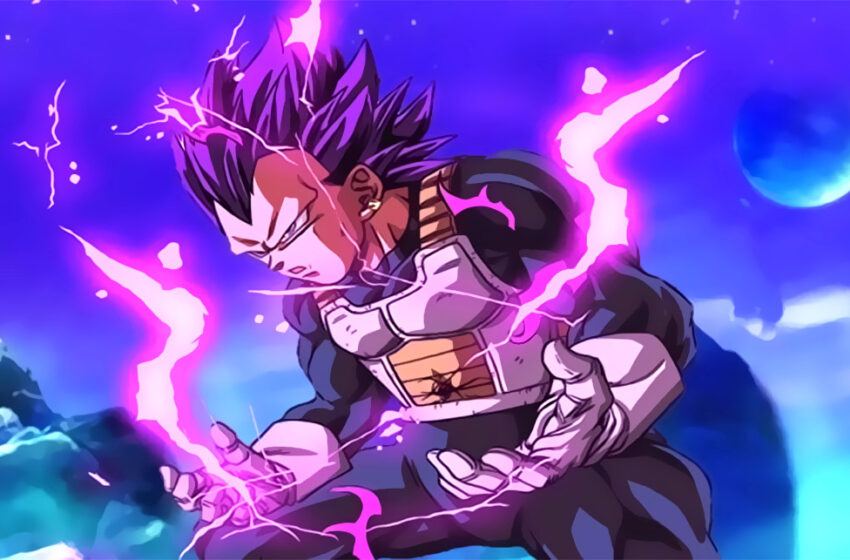 In the latest manga release of Dragon Ball Super Chapter 74, Vegeta begins his fight against Granolah. Both fighters are fairly even until Granolah proves that his power is stronger than both Goku and Vegeta.

As the fight progresses Vegeta reveals hints that he is just getting warmed up and that as the fight grows longer, so does his power. Granolah doesn’t care about anything that Vegeta has to say. So towards the end of the chapter, Vegeta reveals his new form called Hakaishin or God of Destruction.

Thanks to his training with Berus, Vegeta has achieved another level of power that potentially rivals base form of Ultra Instinct. In this form, Vegeta’s hair becomes purple and he loses his eyebrows. Like Berus, he now has an earring on the left side of his ear.

Chapter 75 of the Manga should be an amazing one to see. Until then, enjoy the artwork of Hakaishin Vegeta.