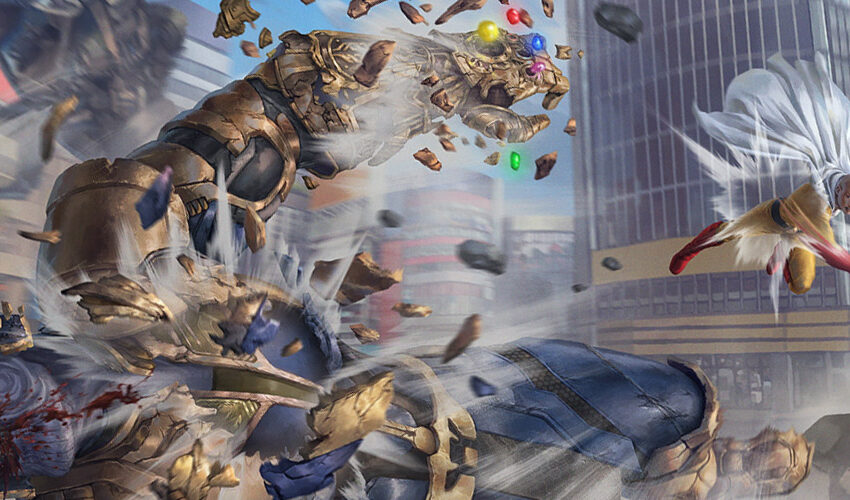 In a fantasy battle between two fighters from different universes, it comes down to a big what if. Would Thanos and the Infinity Gauntlet be enough to fight against Saitama? Well based on this artwork it wouldn’t.

But in a very serious scenario, if Thanos got enough prep time, he would definitely stand a chance against a confused Saitama just looking to go grocery shopping. Saitama would just be focused on not missing a sale, rather than focusing on a serious threat.

Scenario one – Saitama wins via no prep. Scenario two – Thanos wins via prep time. What do you guys think?