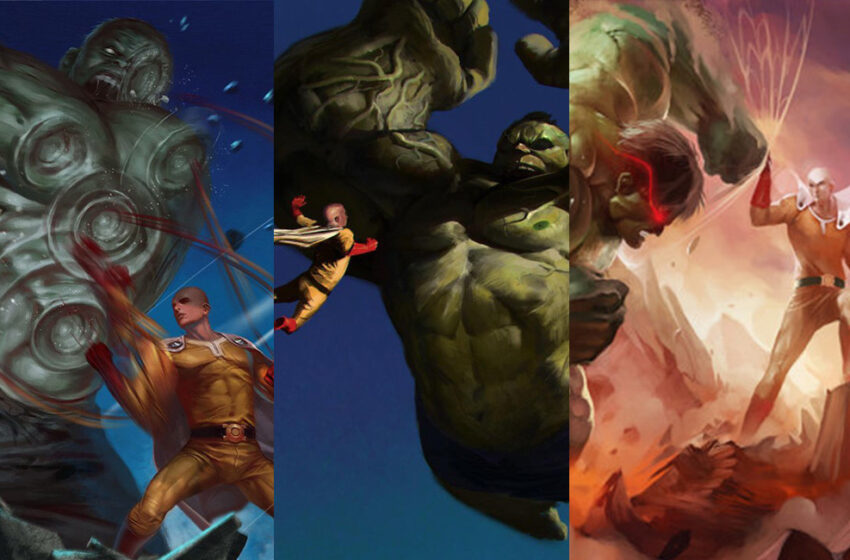 One of the most powerful being in the entire Comic Book Universe takes on possibly one of the strongest heroes in the Anime Universe. This battle is between The Incredible Hulk (Marvel Comics) vs Saitama (One Punch Man).

The Hulk is known for his limitless strength and rage which makes him stronger as the battle goes on. He has a healing factor and impenetrable skin. He can grow in size, generate amazing speed, and leap miles at a time. He also defeated some powerful people. Some against foes include Wolverine, Thor, Sentry, Iron Man, Spiderman, Ghost Rider, The Entire Fantastic Four & Avengers.

Saitama is known for his one punch power (aka One Punch Man). After breaking his limiter, he has become the strongest being on his show. Saitama has shown to match every opponent he as faced in speed, strength, and durability. His notable feats are against the Carnage Kabuto, Deep Sea King and Speed-O-Sonic who are all considered Dragon Level Threats and Boros who is a God Level Threat.

Both the Hulk and Saitama are planet busters and have unlimited potential. Having them face-off against each other is what many want to see. Thus all of the beautiful artwork below. Here is a collection of artwork from amazing artist.